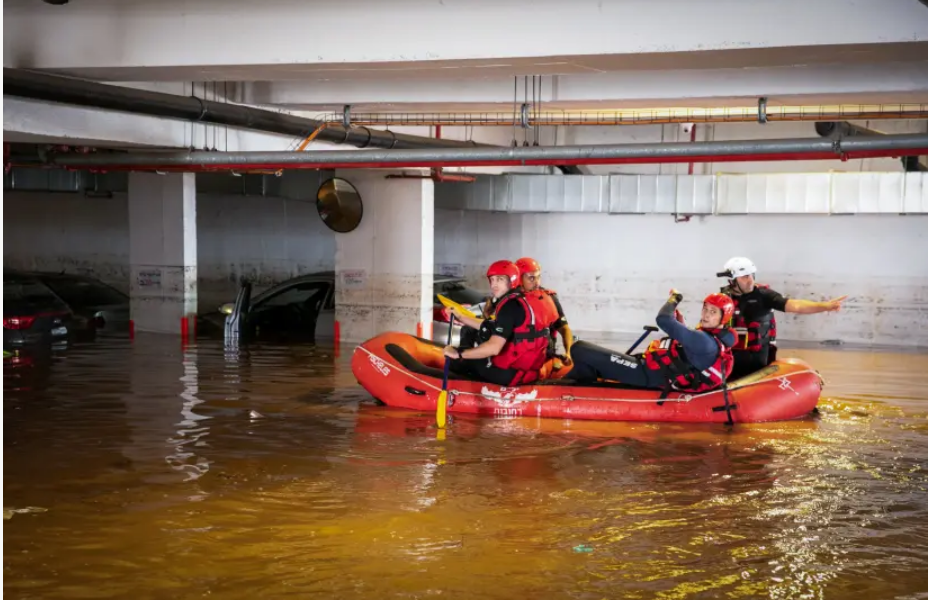 Israel has suffered from particularly harsh and stormy weather in the last week, resulting in flooding that overwhelmed municipal drains and infrastructure. But a new Israeli innovation has kept the city of Holon from suffering from flooding.

This article was published by The Jerusalem Post in February 2021.

Israeli firefighters sit in a rescue boat as they search for people at a parking lot that was flooded following heavy rainfall in Ness Ziona, November 21, 2020.

Israel has suffered from particularly harsh and stormy weather in the last week, resulting in flooding that overwhelmed municipal drains and infrastructure. But a new Israeli innovation has kept the city of Holon from suffering from flooding.

Developed by Israeli firm Ayyeka, the new technology, known as Wavelets, was installed in strategic points throughout the city, monitoring water levels and flow rates. These Wavelets were also able to notify engineers in real-time about any potential issues, allowing them to be diverted before turning into severe problems.
A city of 200,000 people and the second-largest industrial zone in the country, Holon has suffered from severe flooding in the past. Over the past three years, winter saw Holon’s streets and parking lots flooded, submerging cars and causing millions of shekels in damages.

But thanks to Ayyeka’s Wavelets, Holon has kept its city safe from this damage in 2021, and more Wavelets will be installed throughout the city.
After this success, these Wavelets could even be expanded across Israel and even internationally, as flooding is a problem worldwide and remains one of the most expensive natural disasters, costing the US nearly $10 billion annually and Europe $1.4 billion.
“This year, there won’t be flooding in Holon,” Ayyeka CEO Ariel Stern said in a statement. “We are happy to see Israeli municipalities starting to adopt and deploy technology solutions originating in Israel and well-accepted on a global scale. Ayyeka technology is used throughout the world and thousands of Wavelets currently generate data across the globe. I am proud of what Ayyeka has brought to the city of Holon: the critical data keeps Holon residents safe and their possessions secure.”
Recent weather has seen Israel battered by heavy rain, thunderstorms and even snow – with snow falling in Jerusalem for the first time since 2013. And the bad weather isn’t over yet.
On Monday, the Israel Meteorological Service warned that floods were expected in the South and the Judean desert throughout next week. Warning people to stay away from desert creeks either by foot or by car as the banks are at risk of suddenly collapsing.
The original article: https://www.jpost.com/jpost-tech/amid-stormy-weather-israeli-innovation-saves-holon-from-flooding-659797
Recommended for you

Water Utilities being subjects to cyberattacks by Ariel Stern and Yair Poleg, Co-Founders of Ayyeka. 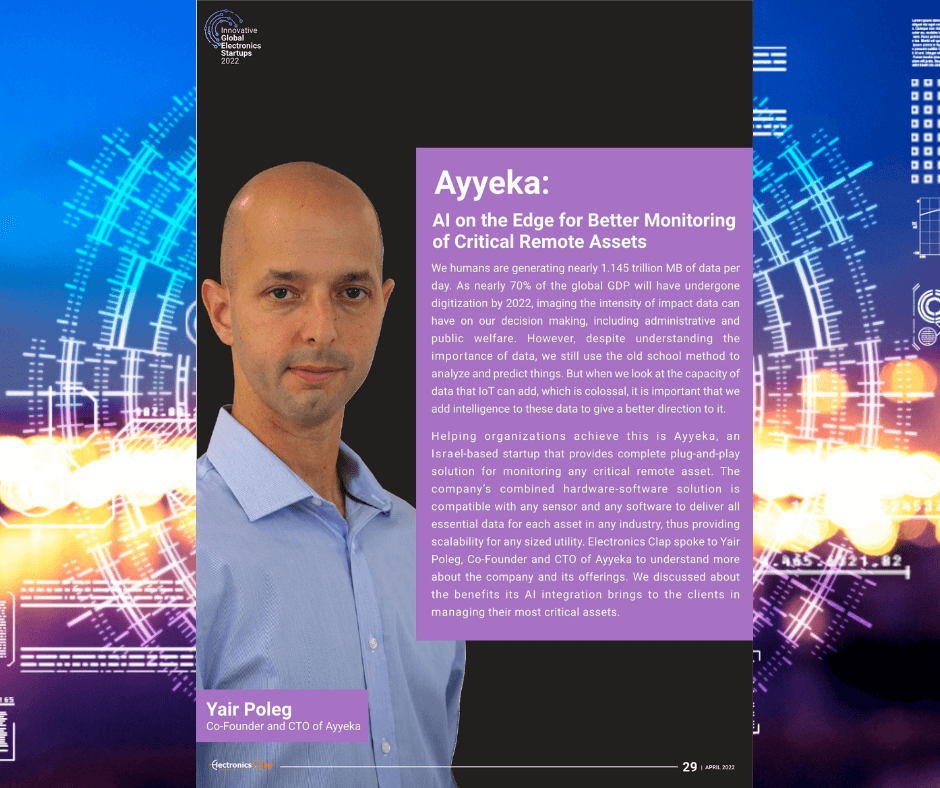 Environment
Looking Forward: Digital Solutions Must Save Us From Future Disasters

This article on aging infrastructure and digital solutions was first published in Water Online...